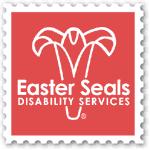 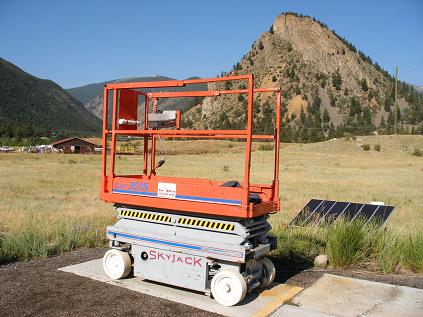 Rocky Mountain Village, located in Empire, CO, is considered one of the top Easter Seal camps in the country. One of the popular features of the facility is the zip line, which offers campers a speedy and thrilling trip down from a tower (background left in second photo below) and across a meadow. 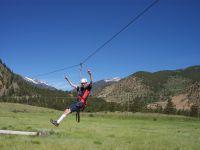 The disembarking process involves a scissors platform that allows camp staff to lower the individual to the ground or into a wheelchair. 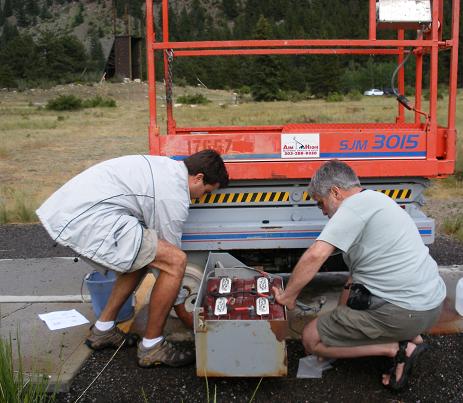 The scissors lift is powered by batteries and no source of mains power is available for recharging them. A portable generator had been used, but it was polluting and noisy, and consumed fossil fuel which required a driving trip to replenish. A solar panel providing clean and renewable energy was installed in July 2008.

The solar charger is based on two 45 watt solar kits (Harbor Freight item 90599). The solar panels were mounted using the steel frames included with the kits and the frames were attached to a 2 x 4 base. The regulators sit on an inverted five gallon plastic bucket, also attached to the base. A second bucket is placed on top, providing a simple and effective protection from weather. The completed assembly can be handled by two people. 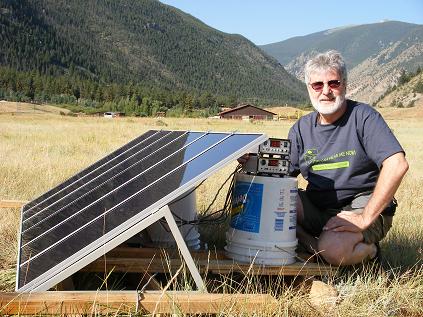